There’s so much uncertainty in the world just now for almost everyone in terms of employment, and footballers are no different.

Contracts tend to end in June or July but it’s possible that the season could go beyond that if and when play actually restarts, so it will be interesting to see what happens with a lot of those players.

While the rules for English clubs are slightly different when it comes to approaching out of contract players in the same country, theoretically European sides can now step in and offer a pre contract to anybody who is in the last six months of their deal.

That could be the case for a few key Chelsea players, and it looks like they are willing to risk losing them for now.

According to a report from The Telegraph (subscription required) Chelsea won’t be opening talks with Willian, Pedro or Olivier Giroud about contract extensions until the current uncertainty is over. 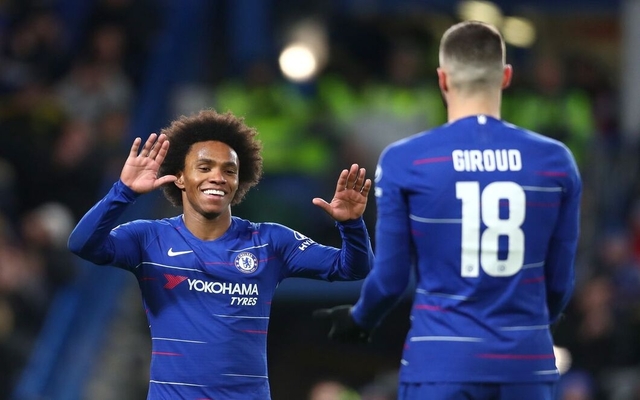 Should Chelsea keep Willian and Giroud?

The report seems to suggest that their deals expire on June 30, so they could also be risking their future if they get injured by playing beyond then without another deal lined up too.

Of course there are much bigger problems in the world just now, but Chelsea have a young squad so it makes sense to keep some veteran players around too.