The England international turns 20 today, and is one of the most exciting young talents in world football after a superb start to his career with Dortmund in the Bundesliga.

MORE: Opinion: Jadon Sancho and Man United are a perfect fit amid reports of contract talks being held

Sancho has long been strongly linked with United, and the latest from trusted journalist Fabrizio Romano is that contract talks between the club and player have been held.

See below for Romano’s update on the Sancho transfer situation…

Fabrizio Romano just said on a livestream that Man United are working out a contract with Sancho's agent ?
pic.twitter.com/EqBHGhy0EH 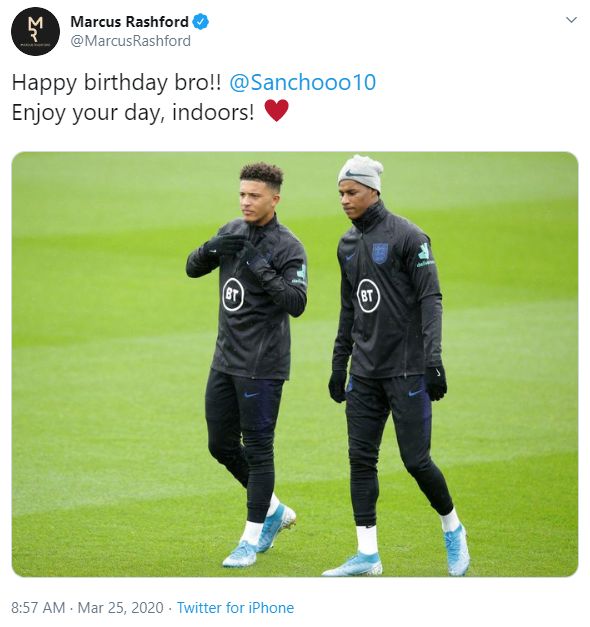 See below for some reaction as loads of United fans praise ‘Agent Rashy’ for his work – even though this is probably just an innocent message to an England team-mate.

Still, in this day and age of social media, the Red Devils star will no doubt have expected this kind of response, so it’s interesting in itself that he went for it anyway…

We know what's next pic.twitter.com/4kclS7joAE

A contract would be a nice gift @MarcusRashford