Odion Ighalo has quickly become quite the cult hero at Manchester United, fuelling speculation as to whether the loanee should be signed on a permanent basis or not.

It was no doubt the shock of the January transfer window, when it was announced on deadline day that the former Watford striker will be joining the Red Devils, on loan from Chinese Super League side Shanghai Greenland Shenhua.

The forward was brought in as emergency cover for the injured Marcus Rashford, with Ole Gunnar Solskjaer only having Anthony Martial at his disposal as a number nine option. Ighalo has, however, shown that he is not around to simply make up the numbers, scoring four goals and assisting once in just three starts for the club. 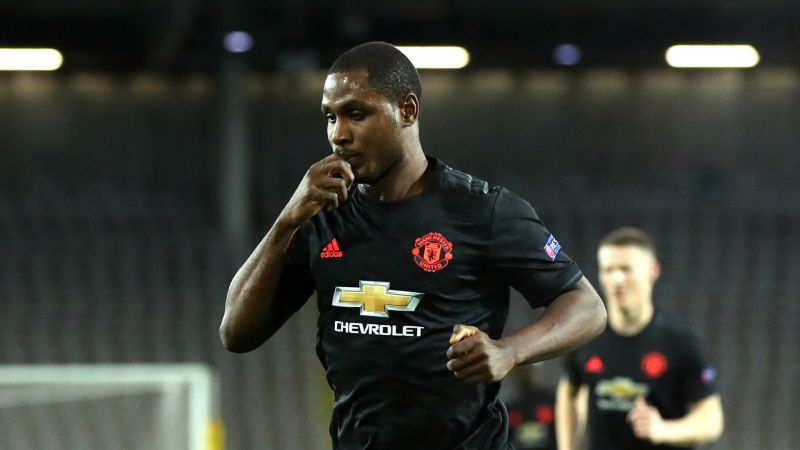 Odion Ighalo has settled in quickly at Manchester United.

His left-footed strike against LASK will no doubt go down as one of United’s goals of the season, with the Nigerian showcasing his clinical nature in-front of goal. It hasn’t just been his stats that have impressed either, with his hold-up play and ability to bring attackers into the game also catching the eye.

Ighalo has offered the Red Devils a new dimension in attack, with the midfield feeding the ball into his feet, as opposed to continuously playing it in-behind for direct runners. United’s second goal against Manchester City at the start of March came from the Nigerian’s crisp touch and composure whilst being in possession, with his experience on the field clearly showing.

Despite being 30 years of age, the club are now being linked with a permanent move for Ighalo. As per the Mail Online, United are prepared to pay £15m to acquire his services, which could prove to be quite the coup.

Ole Gunnar Solskjaer clearly needs to add more quality to his squad, if they are aiming to compete for a top three finish next season. This means bolstering his options to compete on all fronts, and signing Ighalo on a permanent basis could prove to be a shrewd piece of business.

A Jadon Sancho type signing would likely cost in the region of £100m, leaving little room for another big money signing. United do need to lift some goal-scoring weight off the back of Rashford and Martial’s shoulders, with Ighalo looking like an ideal option to have in rotation.

Fans would welcome his arrival, but only if big money would be spent elsewhere. The Nigerian has shown his worth and most notably, his desire in representing the badge, leaving little risk with this potential deal.