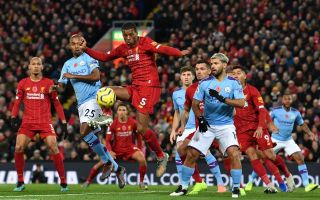 A study from Oxford University has suggested the number of people in the UK infected by coronavirus may be far higher than official figures show.

While this sounds alarming, it could actually be good news and may even point towards an earlier return for Premier League football.

According to the Financial Times, research done at Oxford University suggests the virus arrived in the UK earlier than detected, and that as many as half the population may already have contracted the illness.

As has been widely reported, COVID-19 can have very mild or even no symptoms for many people who catch it, and this Oxford study claims a large number of people may well have caught it without realising, and now have some improved immunity to it.

The report goes on to say that if this research can be proven through testing, then restrictions on people’s every day lives can be lifted much sooner.

The Evening Standard add that more testing could soon be brought in – a method which has been highly effective in South Korea, where there has been no need for a lockdown.

A recent report from the Telegraph suggests Premier League clubs are targeting a return to action by June 1st, but it would be interesting to see if this Oxford University study can perhaps show we’re further along the curve than we thought we were.