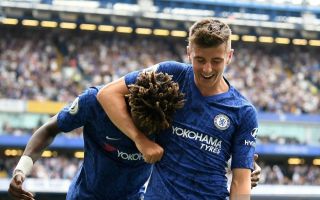 It’s always interesting when a talented youngster looks for a new contract after an impressive breakthrough season.

It’s easy for the player to think they’ve made it and now deserved to be paid like a megastar, especially if they are now the main striker like Tammy Abraham is at Chelsea.

Chelsea will be wary that he’s only had one good season, so they will want to see some consistency before committing to big money, but you can also see why Abraham would be unwilling to sign a long term deal that underpays him if he continues to excel.

It sounds like Abraham is pushing for a new deal at Stamford Bridge, but a report from The Telegraph has indicated that some suggestions of unreasonable demands are not true.

They say that there were suggestions that he had asked for £180k a week or even pushed to ensure he would be the highest paid player at the club, but they go on to say that it’s not true.

He’s scored 13 goals in 25 Premier League this season so clearly Chelsea should be looking at a new deal, especially when the report also suggests that he only has two years remaining on his current one.

We may never get to hear the full details if an agreement is reached, but this should be encouraging for Chelsea fans that the player isn’t making massive demands.