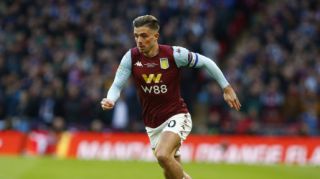 Former Aston Villa striker Emile Heskey has stated that there is ‘every chance’ that Jack Grealish will join Manchester United, when the transfer window opens.

The midfielder has impressed this season, scoring seven goals and racking up six assists in just twenty-six Premier League games. Such form has led to speculation linking the Englishman with a transfer move to Old Trafford, as noted by the Sun, something Heskey is tipping to happen.

Speaking about the club captain’s future with GentingBet (via Birmingham Live), the former Villa striker said: “There is every chance that Jack Grealish will join United in the summer. I don’t think that Jack will be at Villa come the end of the season.”

Such news will come as a blow to Aston Villa fans, who cherish the 24-year-old.

Grealish has been an integral member of his boyhood club since 2014, picking up the captain’s armband back in March 2019.

The midfielder has certainly represented the club on the field well, with Heskey acknowledging this: “He’s done a phenomenal job for them since he started out at the club. I played with him when I was at Villa, he was only a young lad, he used to come and train with us – he was a phenomenal player even then and he has gone from strength to strength.”

Should Grealish leave Villa, it will no doubt be on good terms. He has helped guide his club back into the Premier League, but given his talent, he will be aspiring to win major trophies in his career.

When the transfer window opens, Villa fans will perhaps be preparing for the worst.

In contrast, should Grealish seal a move to Old Trafford this summer, his link up with Bruno Fernandes to provide creativity and goals behind the pace and movement of the likes of Marcus Rashford and Anthony Martial would surely be something that United fans will relish.