Manchester United have reportedly stepped up their efforts to keep young midfielder Angel Gomes at the club.

The Red Devils have successfully brought through a number of academy talents in recent times, with Marcus Rashford, Scott McTominay and Mason Greenwood becoming first-team regulars.

Gomes, however, has not yet made that kind of breakthrough and his future has looked in some doubt, with the Metro reporting on interest from Chelsea in potentially snapping him up.

Now, a fresh report from the Metro states Man Utd have offered Gomes an improved contract with wages that could reach around £30,000 a week.

The report adds that United view the 19-year-old as someone who could go right to the top, so they’ll no doubt view these contract negotiations as pretty crucial. 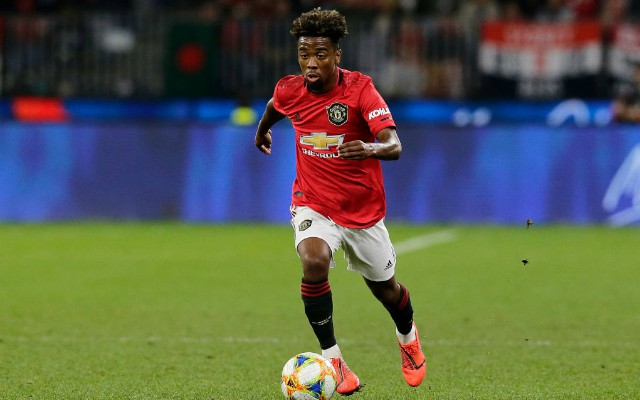 Chelsea fans will have to hope it’s too little, too late, and that their club can perhaps show that, under Frank Lampard, Stamford Bridge is the place to be for up-and-coming young talent.

The Blues boss has brought through a number of homegrown players this season and Gomes looks a talent who could get a similar opportunity to develop and impress in this side.