Ed Woodward is back on speaking terms with football super agent Mino Raiola, having struck a ‘peace pact’ in recent weeks.

This was reported by the Mirror, who cite that the Manchester United chief wants to prevent the agent from attacking the club publicly anymore.

Raiola has always been vocal about the Red Devils, mainly criticising the club for not matching Paul Pogba’s desired level. The Frenchman was represented by Raiola back in 2016, when United paid a world record fee of €105m (fee via Football Italia) for the midfielder. 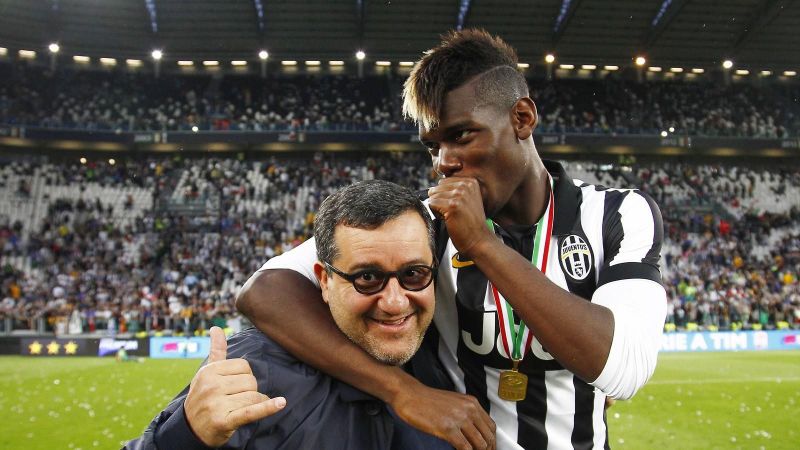 Raiola played a key role in Pogba’s move to United.

The two have stayed in partnership since, with the agent continuously hinting at Pogba moving away from Old Trafford. Many fans and pundits are not entirely keen on Raiola’s antics, labelling him a distraction and accusing him of simply ‘messing everyone around’ (quote by Gary Neville via Metro).

Despite all the headaches that the agent seems to cause, both he and Woodward are reportedly working on their relationship. The Mirror cite Pogba in playing a key role in such conversations, with the player asking his agent to be less controversial.

Sky Sports’ journalist James Cooper has also reported that both figures are back talking, despite their relations being strained in the past.

Raiola boasts some of football’s biggest star names on his books, like Erling Haaland, Marco Veratti, Lorenzo Insigne and more (via Transfermarkt). Given his large role in sorting transfers, Woodward could well be rectifying his disputes with the agent for potential deals in the future.