According to the Metro, Manchester United are ready to hand the iconic number seven shirt to transfer target Jadon Sancho in a bid to convince the Dortmund sensation to move to Old Trafford.

The Metro add that the Red Devils are prepared to break their transfer record in order to secure the attacker’s signature before the start of next season.

Alexis Sanchez has wore the Manchester outfit’s No.7 shirt since his arrival two years ago, but the ace is currently out on loan and the Red Devils plan to sell the Chile star this summer.

There aren’t many gestures that are bigger than offer Sancho the number worn by all-time greats like David Beckham, Eric Cantona, Cristiano Ronaldo and George Best. 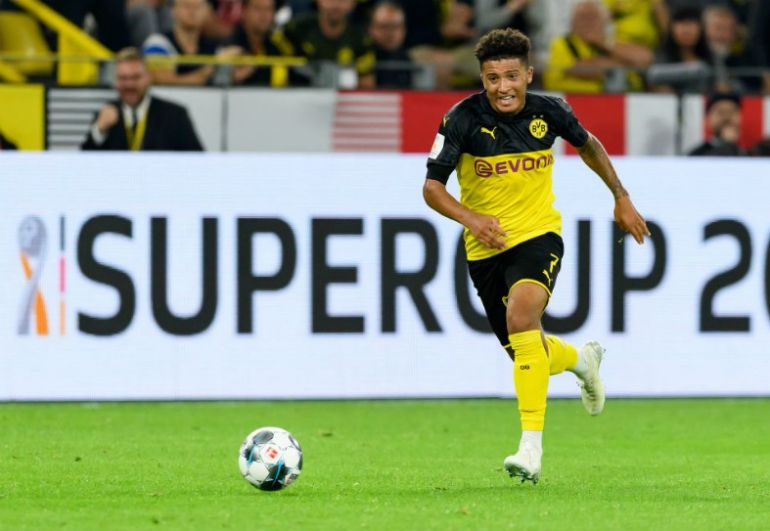 Sancho continues to be heavily linked with a move to Manchester United.

Sancho’s been phenomenal since leaving Manchester City for Borussia Dortmund, the 20-year-old is certainly one of the world’s most exciting players already.

The winger has been sensational for Lucien Favre’s side, the star has bagged 17 goals and registered 19 assists in 35 appearances across all competitions this season.

It would be a massive statement of intent if United were to beat Liverpool to the signing of Sancho, this move would also deal a knockout blow to cross-town rivals Manchester City.

Which side should Sancho if he leaves Dortmund before next season?