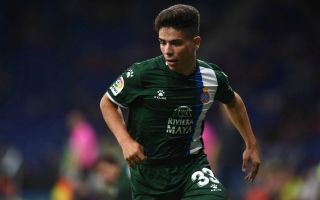 The youngster has featured in 27 matches for the Catalan club’s B Team, scoring seven goals. He also played in the senior team’s Europa League qualifying fixture against Swiss club FC Luzern.

Melamed has done pretty well for Espanyol’s B Team this season so far and he might even get some playing time with the senior team the following season. If Chelsea manage to sign the Spain U19 international, he’ll most likely end up playing for the youth team while having the possibility to get some first-team football during Cup fixtures. A move to Stamford Bridge would be good for Melamed but it won’t be easy for the Blues to land him if Real Madrid, Barcelona try to acquire his signature as well.