The majority of transfer stories will feature one team who don’t want to sell and will put as many barriers as possible in the way of a transfer.

Occasionally, a move will make sense for everybody involved, and it’s a way of showing respect to a long serving veteran to let them go as their career comes to an end.

Marcelo originally joined Real Madrid in 2006 and he’s made over 500 appearances for the club, but he’s not playing well and it’s clear that his pace has gone.

It’s sometimes the hardest thing for a club to decide when it comes to getting rid of someone who has given so much, so a report from Marca is interesting from a Real Madrid point of view.

They state that Juventus are looking for Marcelo to team up with Cristiano Ronaldo again in Turin, and they even planned to travel to Madrid for talks before the current shutdown made that impossible. 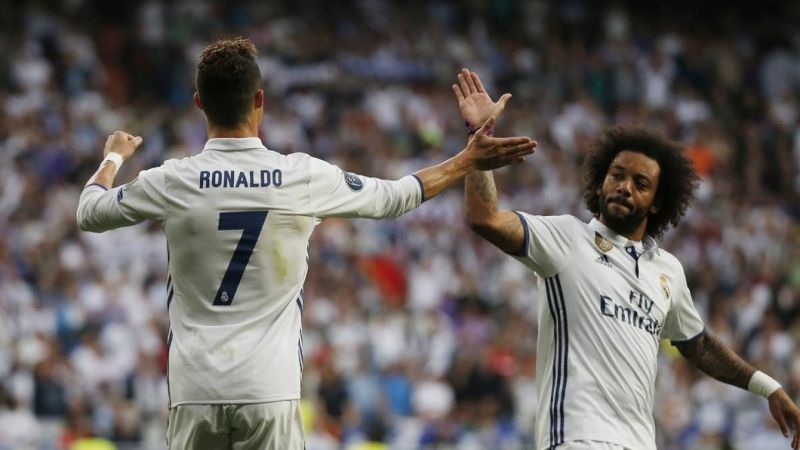 Ronaldo and Marcelo at Real Madrid

The report goes on to point out that Ferland Mendy has replaced Marcelo in the team recently, so Real won’t stand in his way if the Brazilian does decide he wants to leave.

Juve had a similar example where Patrice Evra enjoyed a couple of productive years in Italy despite his advancing years, so Marcelo could being his experience and challenge his compatriot Alex Sandro for a place.