Arsenal reportedly have an edge in the signature of Evan N’Dicka.

The 20-year-old has featured in 25 matches for Eintracht Frankfurt this season so far, scoring a goal against Vitoria Guimaraes while providing two assists against Paderborn and Red Bull Salzburg.

N’Dicka has been linked to Arsenal lately by Sky Sports and a recent report from Area Napoli claims that Napoli, AC MIlan, Inter Milan and Sevilla are interested in signing him as well. It has also been stated that the Gunners have an edge over the other clubs due to their relationship with Aboubacar Traore who is among his entourage. Traore helped Arsenal sign Nicolas Pepe last summer.

The report from Area Napoli also suggests that Eintracht Frankfurt would be willing to let go of N’Dicka for €25 million.

Arsenal’s performances at the back have been a little disappointing and they might be willing to bring in some defensive reinforcements in the summer. N’Dicka would be a decent addition to the Gunners’ squad but there’s a good chance of Eintracht Frankfurt trying to keep him. 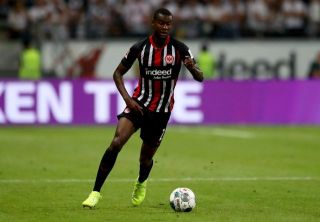