Bacary Sagna has hit back on claims made by his former Arsenal teammate and captain Cesc Fabregas, stating he was ‘surprised’ to hear such critical comments by the player.

The Spaniard had recently opened up on his time with the North London club, claiming that he felt only Robin van Persie and Samir Nasri were the only two players to be on ‘his level’ in the squad.

It was a big reason why the midfielder left for Barcelona, citing that Arsenal lacked ambition to challenge for major pieces of silverware. Fabregas delivered some hard-hitting truths for the club, but Sagna was disappointed to hear such a statement.

Speaking with Goal, the former defender said: “I was surprised to read this. From him I was surprised because he was supposed to be one of the leaders of the team, he was one of the great prospects and as a leader and a true player, you don’t speak like that about your club.”

Sagna is clearly upset to hear Fabregas speak with such negativity about the club, considering he came through their youth team and represented the badge for over seven years. 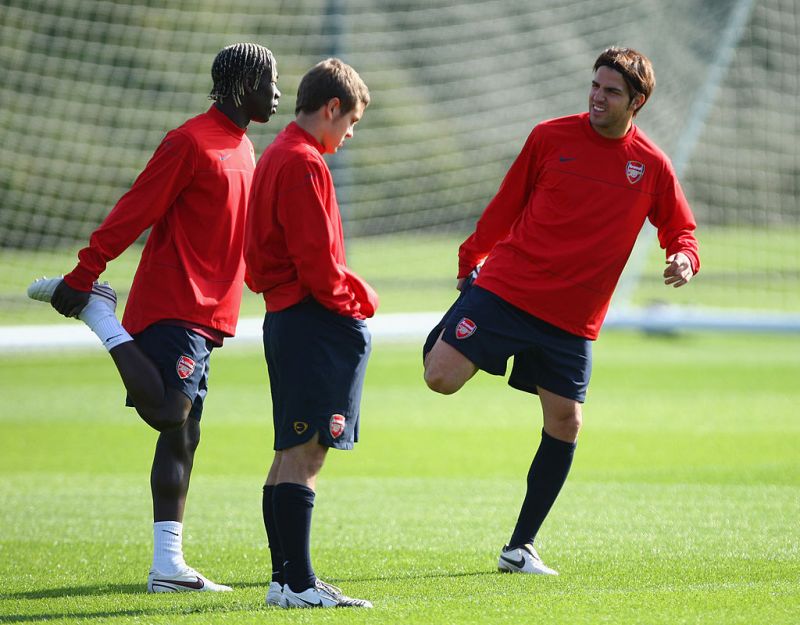 Sagna and Fabregas training together at Arsenal.

The Frenchman joined Arsenal back in 2007, spending four seasons alongside the midfielder. That isn’t to say that their friendship is over though, as he further stated: “So I was surprised because he is a nice guy, he’s still a nice guy, this doesn’t change anything. But I was kind of surprised.”

Fabregas’ words will not have gone down well with the club, with Sagna supporting such a thought. Everybody could see that it was the right decision for the Spaniard to leave, given the success he achieved out of North London, but his comments seem to be rubbing salt into the wounds.

Sagna has been quick to call him out on his words, and he may not be the last to either.