Gus Poyet has recently been speaking about N’Golo Kante’s drop in form over the last year, hoping that the Frenchman can get back to where he once was.

The midfielder joined Chelsea back in 2016, on the back of being Leicester City’s key star in their historic Premier League title winning campaign. He made an instant impact at Stamford Bridge too, helping guide Antonio Conte’s side to the trophy in his debut season with the club.

Sitting deep, Poyet labelled this version of Kante to Goal in being the defensive midfielder in the game: “In Kante’s first year, he came to Chelsea and I made it public that he is the best central midfielder in the world.”

However, under Maurizio Sarri, the Frenchman was deployed in a more advanced position. This was to accommodate the new signing of Jorginho, who occupied the role as the team’s deep laying playmaker.

Poyet has been critical of such a tactical decision, stating: “After a previous season as a number eight in that different position, we lost how important and unique he was as a player.” 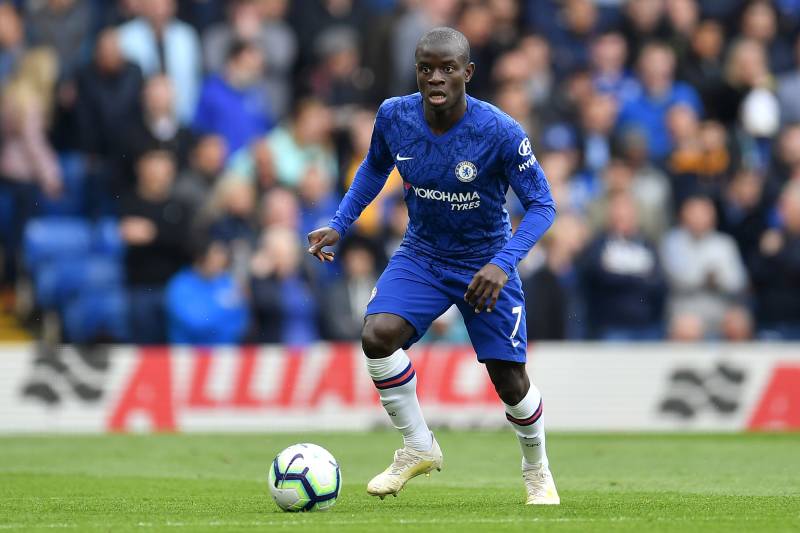 Kante has played in a more advanced position over the last 18 months.

The former player’s comments to losing Kante’s ‘uniqueness’ relates to the player being unable to impact games like he once did. When acting as the holding midfielder, his defensive resilience was unprecedented, as he was able to break up the play and stop the opposition from breaking in-behind.

Now playing a little more forward, however, the 28-year-old has more responsibilities to attack, clearly taking his role away from his biggest strength. Poyet is hopeful that this will be changed, further saying: “I hope he can get back to that. In his best position, he is unique and there’s not many players that can give you what he can do right now.”

Frank Lampard may take these comments as criticism of his management, as he continues to deploy Kante on the right-hand side of his midfield trio. Jorginho continues to be the team’s anchor and whilst he has improved since joining, his position comes at the expense of Kante.

Chelsea may have a decision to make in this regard, as to whether to start the Frenchman in his preferred position, or look for a central figure that is more effective ahead of him. At the moment, he is unable to showcase his strengths for the Blues, with many beginning to notice.

It wasn’t too long ago that the player was being put in the same category as a Claude Makélélé or Patrick Vieira by fans, showing just how far the midfielder has quickly dropped off. Poyet, however, blames the situation on the club’s devisions, not Kante himself.