Former Arsenal forward and now Sky Sports pundit Charlie Nicholas, has stated that the club should give Pierre-Emerick Aubameyang ‘exactly what he wants’, in order to keep him at the club.

The Gabonese striker has been heavily linked with a move away from the Gunners in the next transfer window, with Barcelona identifying the player as one of their top transfer targets (via Metro).

SEE MORE: Arsenal could take advantage of dire financial situation and sign ace with £127m release clause for only £30m

Aubameyang has seventeen goals in the Premier League this season, with only Jamie Vardy managing more. His importance to the Gunners is evident, and his exit would be heavily felt in the side.

Nicholas, therefore, believes the club should try and keep him at all costs: “Everyone will flag up his wages and I have been told differing scenarios, especially with Mesut Ozil. Is it possible Ozil could move on? If they can get Ozil off the wage bill without getting anything for him, it will not be too much of a detriment.” 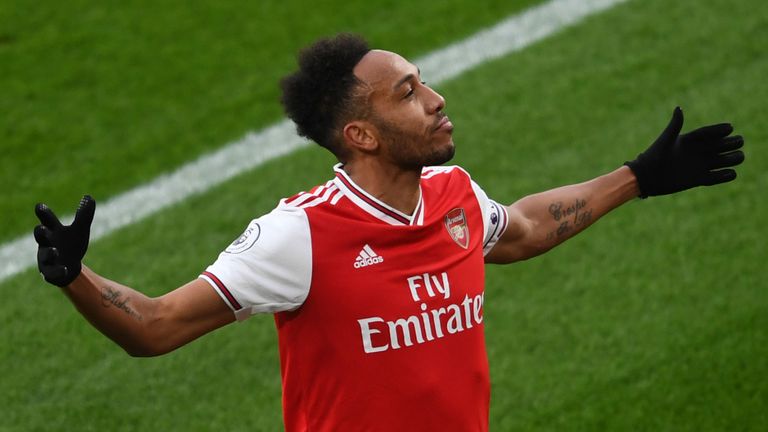 Aubameyang has 20 goals in all competitions this season.

The pundit addressed Aubameyang’s wage issues, questioning whether the club could match his high demands, with Ozil also earning an astronomical amount. Nicholas would clearly prefer to see the German international leave though, as he holds the team’s main striker in higher regard.

He went onto say: “I would want Arsenal to renew Aubameyang’s contract for three or four years, if they can. They must give Aubameyang exactly what he wants. There simply aren’t many other players like him at that level.”

Many fans will likely agree with Nicholas, as their top scorer has saved them on many occasions. Since arriving back in 2017, Aubameyang has established himself as one of the league’s most prolific forwards, and Arsenal would be much worse off without him in their side.