Former German footballer and manager Lothar Matthäus has urged Jadon Sancho to reject both Chelsea and Manchester United in the next transfer window, so that he can stay in Germany.

The Englishman has been heavily linked with a move away from Borussia Dortmund, with both Premier League clubs being reportedly keen amid talk of a £120m transfer fee, as per the Sun.

Matthaus, however, has questioned why the 19-year-old would want to join either side. As quoted by the Express, he said: “He’ll probably go back to England. But what does he want at Chelsea or United? They may not even be playing in the Champions League next year.”

Both clubs are pushing for qualification for the European competition next season, but there remains an uncertainty over who would get the spots, should the season be cancelled. 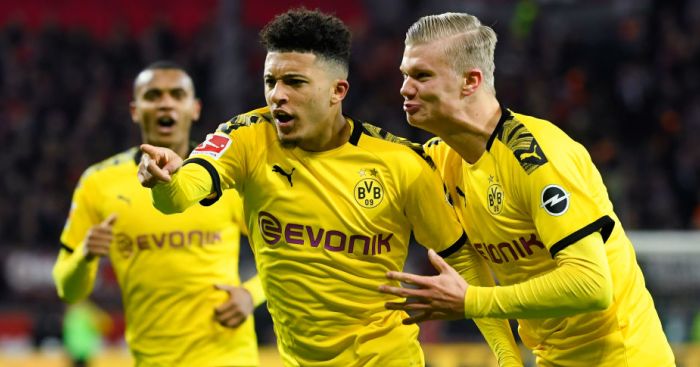 Sancho has transformed into one of Europe’s most dangerous forwards.

Instead of going back to England, the retired midfielder has urged Sancho to join one of his own former teams: “I could very well imagine Sancho at Bayern, also because he can play on both wings.”

The winger has been one of the Bundesliga’s best players since arriving in Germany. This season, he has scored fourteen times and racked up fifteen assists, with no player in the league contributing to more goals (stats via BBC).

We have seen Bayern snap up many Bundesliga talents in the past, particularly from Dortmund. Could Sancho be another name on their list?