According to the MailOnline via Diario Sport, Bayern Munich are planning to make Marc-Andre ter Stegen the most expensive goalkeeper in the world by plotting a £90m move for the Barcelona stopper.

The Mail report that Ter Stegen’s contract talks with Barcelona have been stalled, seemingly at the same time that Bayern have halted talks with legendary stopper Manuel Neuer.

As per the report, Bayern have already sealed the signing of one goalkeeper ahead of next season, with the German champions pre-agreeing a summer deal for Schalke ace Alexander Nubel.

Sport claim that Bayern’s move for the Barcelona stopper would be more expensive than the £72m fee that Chelsea parted with to sign Kepa Arrizabalaga.

Sport’s report adds that Ter Stegen’s current deal expires in 2022, the outlet even claim that Bayern have asked the stopper not to renew his current deal, in a bid to sign him on a free. 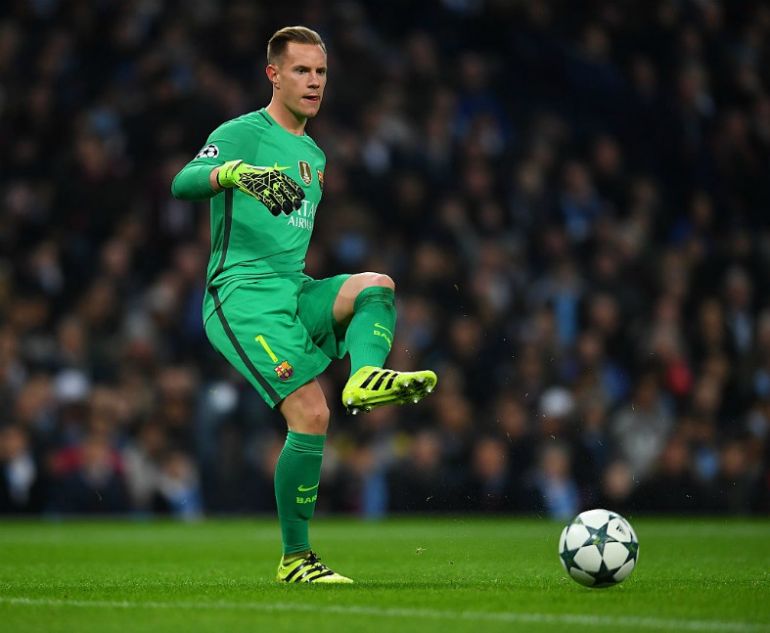 Ter Stegen has been sensational since moving to Barcelona, the German is certainly one of the best goalkeepers in the world.

Considering that Barcelona’s defensive line features stars like Gerard Pique and Jordi Alba – who are approaching the final years of their illustrious careers – the Blaugrana should be doing everything they can to seal Ter Stegen’s commitment to the team.

Ter Stegen impressed at boyhood club Borussia Monchengladbach before joining the Catalan outfit, it remains to be seen whether the stopper will prefer a return to his homeland rather than staying with the Blaugrana.