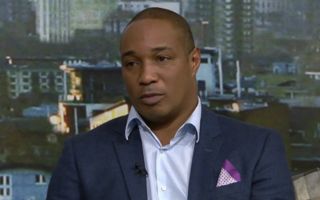 Former Liverpool star Paul Ince is of the opinion that this season’s Premier League should be completed.

Football in England and most of Europe has been suspended due to the coronavirus pandemic which has seen thousands of people lose their lives. The Premier League has been put on hold until at least April 30 and UEFA President Aleksander Ceferin has said that the season may have to be cancelled if matches don’t resume in the upcoming couple of months.

He told La Repubblica as quoted by Goal.com: “If we don’t succeed in restarting, the season will probably be lost. There is a plan A, B and C. The three options are to start again in mid-May, in June or at the end of June. There is also the possibility of starting again at the beginning of the next [season], starting the following one later. We will see the best solution for leagues and clubs.”

Ince, who also spent two seasons on the books at Anfield, said that declaring the season null and void is not the best option, and not just because his former club could stand to miss out on the Premier League title, but with so much else still to play for as so much of the 2019/20 campaign had been played out before being put on hold.

As quoted by the Mirror, the former England international said: “It’s a tricky situation because you can’t please everyone. Can you imagine 30 years of waiting to win the season and, when you’re on the brink, they end up making the season null and void?

“The uproar that would cause in Liverpool. Would we rather upset one team to make everyone else happy or give it to Liverpool? We have to complete the season whatever happens and, if that’s in May or June, you’re only talking nine games. Whether it’s behind closed doors or not, that’s for others to decide but there’s too much on the line for everybody, not just Liverpool.

“Even relegation from the Premier League, it’s too close, so it’s crystal clear that we have to finish the season. We don’t know how long this is going to last for but making it null and void doesn’t make sense.”

Given the rapid rise in the number of coronavirus cases every day, it could well take another couple of months at least until matches resume. If possible, the matches could go on to August and maybe the 2020/21 could be postponed a bit.