According to Spanish publication Marca, Real Madrid are prioritising a move for Rennes starlet Eduardo Camavinga in the next transfer window.

Marca claim that Los Blancos see the €80m-rated ace as potentially the new Paul Pogba, the Spanish giants had initially identified the midfielder as a replacement for Casemiro.

The report adds that the 17-year-old’s current contract runs until 2022, Madrid fans will be pleased to know that they may not need to part with €80m to sign the ace, with the Metro reporting that a €60m bid would likely be accepted.

Marca even claim that Zinedine Zidane’s side were preparing to make a first approach for the star, but everything has since been suspended – likely owing to the Coronavirus pandemic. 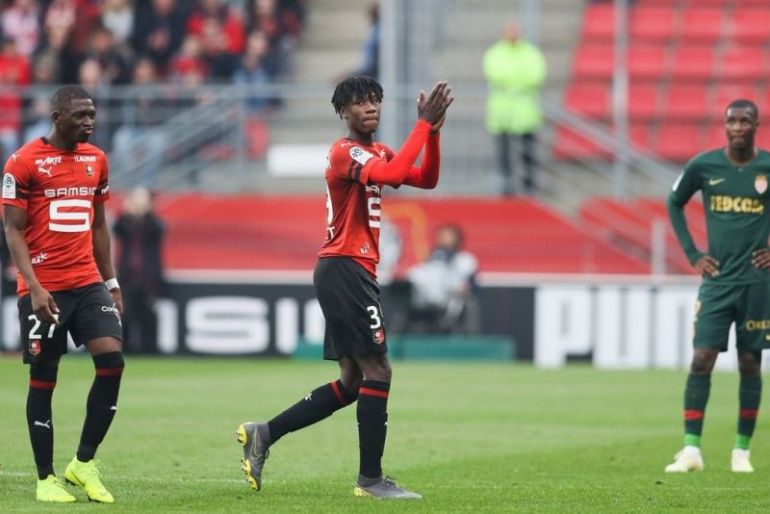 Camavinga has made 36 appearances for Rennes across all competitions this season, the ace has been one of Ligue 1’s breakthrough stars this term.

After earning his French passport, the ace has also won a cap for France’s Under-21s team this season.

Despite being just 17 years old, the ace has shown immense maturity for his age by turning in some masterful performances, including an eye-catching display in a victory against Paris Saint-Germain at the start of the season.