Former Manchester United goalkeeper Mark Bosnich has heaped praise onto both Red Devils ‘keepers David de Gea and Dean Henderson, but has called for the club to stick with the Spanish shot-stopper for now.

There has been much speculation regarding the Red Devils’ situation between the sticks for next season, with Ole Gunnar Solskjaer clearly having a big decision to make.

De Gea has not been in the best of form over the last eighteen months, whilst Henderson has enjoyed a very successful debut season in the Premier League, during his loan spell at Sheffield United. In fact, the Englishman has kept two more clean-sheets, with the Blades conceding five less goals in total.

Speaking to Goal, Bosnich has given his thoughts on both keepers, saying: “Henderson has done absolutely fantastic and proven himself to be an excellent goalkeeper. The bottom line is though that De Gea has done brilliantly over a longer period of time, he has had ups and downs but every goalkeeper does.”

Speaking on the matter for next season, the former United player made his opinion clear: “At this moment in time, I would stick with De Gea. Dean Henderson is too good for the bench and it is a waste for him so I would keep loaning him out.” 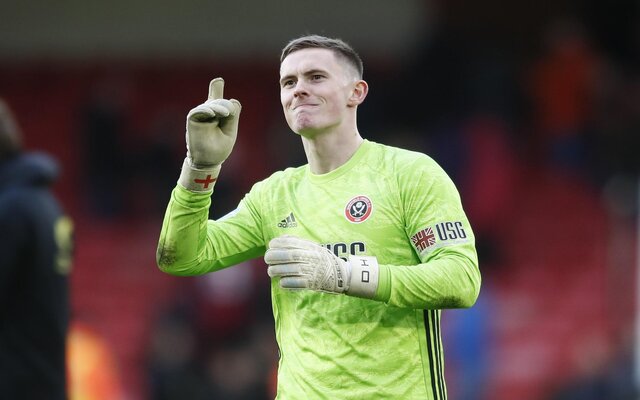 The Sun have recently reported that the Red Devils are prepared to offer the 23-year-old a new contract worth £100,000 a week, amid interest from rivals Chelsea. United no doubt hold Henderson in high regard, but they do potentially see him as the future and not the present.

As opposed to selling the Spaniard, they seem prepared to let Henderson develop on loan and potentially come back in 2021.

When the transfer market opens, the keeper’s name will no doubt continue to be linked with a move away. It’s a very intriguing story to follow, as high pedigree clubs could well be monitoring his overall situation and happiness at United.