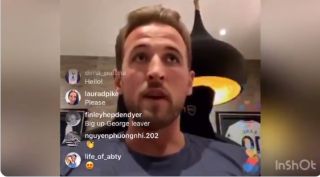 The England international has been linked several times as a potential transfer target for Man Utd, most recently by the Evening Standard, and he’s given the Red Devils major hope of clinching a deal now.

Watch the video below as Kane, in conversation with Jamie Redknapp, admits he can’t rule out leaving Tottenham if he doesn’t feel the club are headed in the right direction.

Tellingly, the Spurs hit-man also makes it clear he would rather pick up a Premier League winners’ medal instead of becoming the all-time leading scorer in PL history.

It’s not been the best season at Tottenham and it makes sense that Kane might soon think very seriously about moving on to bigger and better things, and United would surely love to have a goal-scorer of his calibre in their ranks as they look to get back to being a force again after a difficult few years.