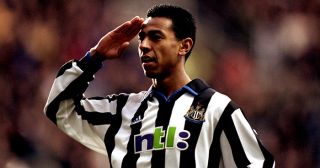 The South American nation recently installed a curfew with the aim of reducing the spread of the virus, meaning it is mandatory for everybody to stay indoors between the hours of 8:00pm to 5:00am.

As reported by Sky Sports News, however, the 45-year-old was caught at a ‘social gathering’ after 8pm.

The Peruvian quickly spoke out about the incident with local radio station RPP Noticias, apologising for his actions.

As quoted by Sky Sports, Solano said: “I obviously regret this very much and I ask for forgiveness. I am not going to justify it. It’s very tough for everyone but the most important thing is our health, without that we can’t do anything.”

Despite being caught outside late, Solano has denied allegations reporting that he was at a party. He stated: “Those who know me know that I have tried to handle myself in the best way. It was not a party, it was a lunch that neighbours invited me to – it went on late, but there were no more than five or six people.”

Following strict government rules to remain inside is obviously a strange scenario for everybody, but it has been introduced to try and slow down the spread of the global pandemic.

Solano has apologised for breaking Peru’s curfew, acknowledging that health is more than important than anything else.

The former winger represented Newcastle United, Aston Villa, West Ham United and Leicester City, Hull City and Hartlepool during his time in England, before retiring from playing in 2012.