The Borussia Dortmund winger has really caught the eye with some explosive form in his time in the Bundesliga, having made the brave decision to leave Manchester City for Germany earlier in his career.

Sancho has since become one of the most exciting attacking players in Europe, and it seems clear he’d be a great fit at Man Utd right now.

According to the Irish Independent, Red Devils forward Rashford is a big fan of his fellow England ace, and has communicated that to Solskjaer.

The report states that Rashford has told the Norwegian he believes Sancho is decent and dependable, and that he likes what the manager is trying to put together at Old Trafford. 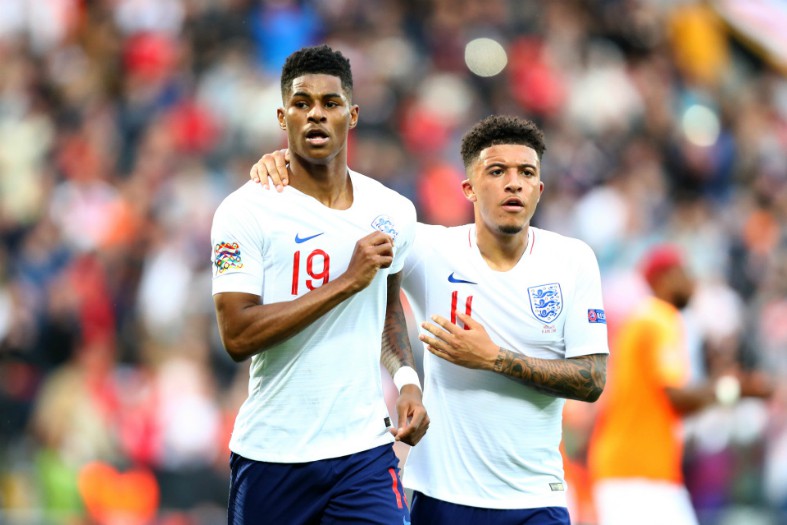 Marcus Rashford and Jadon Sancho in action for England

This will no doubt excite Man Utd fans, especially those who were already excited a few days ago when Rashford sent Sancho a happy birthday message.

The prospect of Rashford and Sancho linking up together for years to come is certainly an exciting one from a MUFC point of view.