Cesc Fabregas has named both Jose Mourinho and Arsene Wenger in being his two favourite managers of all time to play for, over the course of his career.

Speaking live on Instagram, as quoted by football.london, the midfielder had been looking back on his previous clubs and coaches, saying: “I had the best in the world, so I cannot complain.” Nobody can argue with this statement, following his successful spells at Arsenal, Barcelona and Chelsea, before joining Monaco.

MORE: Why Chelsea believe Frank Lampard will save them millions in the transfer market

His answer on who his two favourite managers are though, may come as a surprise. The Spaniard named Wenger and Mourinho in being his top two, overlooking Barcelona legend Pep Guardiola.

The inclusion of Wenger was no doubt expected, as the Frenchman played a pivotal role in helping nurture the midfielder. During his twenty-two years at Arsenal, the former manager overlooked the promotion of many young talents, with Fabregas being one of the cream of the crop. 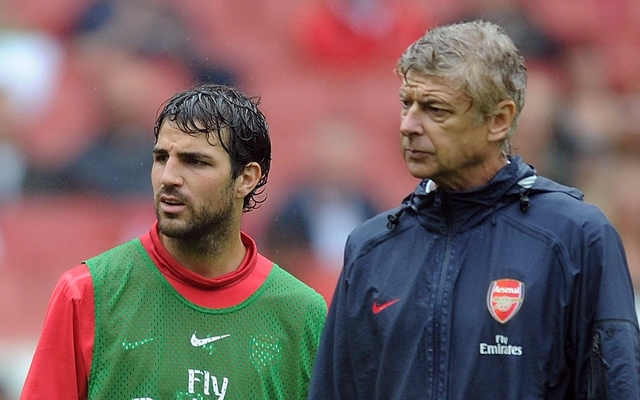 Fabregas and Wenger spent eight years together at Arsenal.

Wenger brought the playmaker through the academy and into the first team picture back in 2003, with the player spending eight years in total at the club. The duo formed a very respectful relationship, with Fabregas being named captain in 2008. After so many seasons together, Wenger’s name will always be on the top of the Spaniard’s list.

Mourinho’s inclusion, however, was not so obvious. The two spent one full season together at Chelsea during the 14/15 campaign, when the Blues dominated the Premier League and claimed their fourth title in club history.

Fabregas places the Portuguese manager over Pep Guardiola, with whom he also spent one season with. The Spanish coach brought the midfielder to Barcelona in 2011, before leaving the club after achieving unprecedented success with the side during his four year tenure.

Despite Pep’s pedigree though, Fabregas has opted for Jose in being his other favourite manager to play for. We can’t imagine that many players would overlook Guardiola when being asked such a question, but Cesc’s personal preference is Wenger’s famous nemesis.