Jamie Redknapp has labelled Kevin De Bruyne the best passer in Premier League history, claiming that the Manchester City playmaker deserves to win the player of the year award this season.

The Belgian international has enjoyed a fantastic individual campaign, scoring eight league goals and registering sixteen assists. Such numbers haven’t been able to put a dent in Liverpool’s lead at the top of the table though, with the Reds sitting twenty-five points clear.

Redknapp, however, insists (via Sky Sports News) that De Bruyne has played his part for Pep Guardiola’s side this season, saying: “His statistics this year have been his best ever, and if the rest of the City side had been as consistent as him, they’d probably be in contention with Liverpool.”

Although the Sky Blues are destined to miss out on the title, they could still claim one record; De Bruyne is just four assists from matching Thierry Henry’s all-time league record (20), a statistic that has stood for nearly seventeen years. 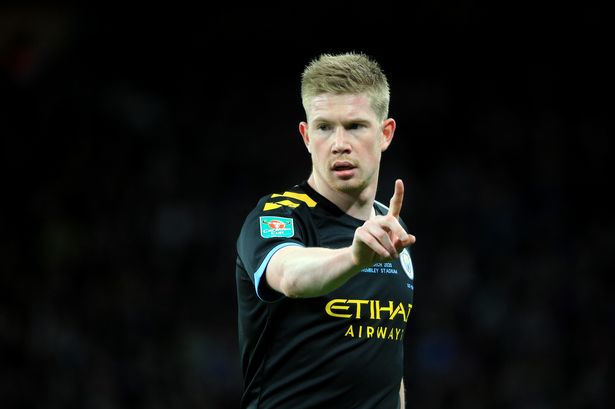 Many believe that De Bruyne deserves the PFA Player of the Year award.

From the way the midfielder has performed this season, you wouldn’t bet against him reaching this number, particularly with ten games to play. Operating between the lines, De Bruyne has established himself as one of the league’s greats, with City’s attacking plan virtually running through himself at times.

His consistency over the years has been identified by Redknapp, who holds the Belgian in the highest of regards: “I would say he’s the best Premier League passer I’ve seen, and that’s including David Beckham, Paul Scholes, all of them, because he has the variation of passing.”

Fans have been debating this subject down the years, with the likes of Cesc Fabregas, Frank Lampard and the two above United players all creeping into conversation.

Redknapp has made his stance clear though, with the stats clearly being there to back up his statement. The pundit is a big fan of De Bruyne and has also claimed that he is deserving of the PFA Player of the Year award this season.