The whole morality side of footballer’s pay is a debate for another day, but there’s no doubt that most of them should be able to afford a pay cut in these times.

You can also question why the club’s can afford to pay ridiculous transfer fees and take so much money from the fans, but a month without football has left them on the verge of financial ruin.

The reality is that most players are now taking a pay cut to help out, that also happened at Barcelona but there’s been plenty of press coverage about it.

READ MORE: Barcelona and want-away player will need to take a financial hit to force through La Liga rival move

Sport reported on some claims from Luis Suarez, and it seems he’s upset that there were reports of the players being difficult and refusing to comply.

He says he’s hurt by these stories and the players actually wanted to help at all times and did all they can to help the club.

He also completely denied that any player refused to lower their salary and that a mutual agreement was found.

It’s not clear where these stories came from and how true they were, but it also sounds like a solution has been reached so hopefully this is the end of it. 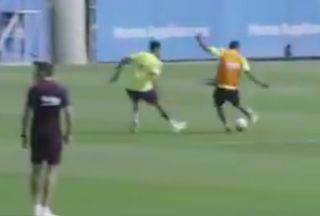