Andreas Pereira has revelad his desire for the current season to be finished as quickly as possible, stating that he would be willing to play every single day for a week, in order of completing this campaign.

Football around the globe has been momentary paused, due the outbreak of the coronavirus. There has been various rumours and debates surrounding when and how the season will be finished, with there being the potential threat of it not even being completed.

However, Manchester United midfielder Andreas Pereira, is fully against this. Speaking to ESPN, he said: “For me, I want to finish the season as quickly as possible. I understand it’s a difficult time now and the health of people is more important.”

The Brazilian’s eagerness to complete the current campaign could well relate to his club’s league standing, as they are heavily pushing for Champions League qualification. Before the season was haltered, United were enjoying a rich run of form, winning nine of their last eleven fixtures. 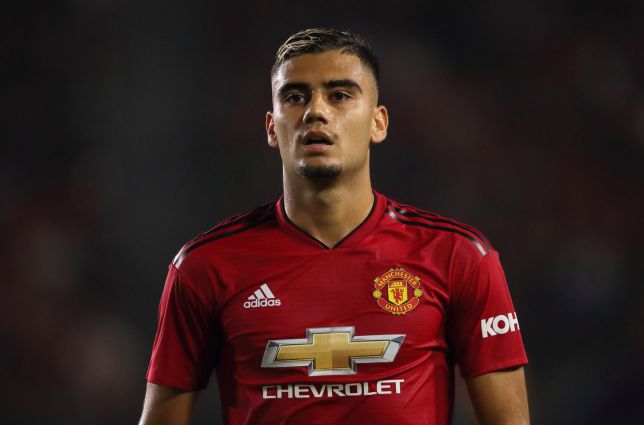 Pereira has featured 23 times in the league this season.

There is a growing sense of optimism around Ole Gunnar Solskjaer and the club that they can carry on progressing, with Pereira clearly being keen to get back on the field. In fact, the midfielder has even stated that he is prepared to play everyday for a week: “I would like to finish the season, even if it means in a week playing a game every day. I want to finish the season. It will be a bad feeling if we have to void the season.”

Such a scenario is, of course, very unlikely. Although fixtures would have to be crammed into the current schedule to finish the season before July, playing every single day would not be sustainable for players.

However, Pereira genuinely believes his proposition is a realistic one: “We have big squad and we can deal with games, two days in a row or maybe every two days. I don’t think it will be a problem.”

We aren’t sure how other sides and players would feel about Pereira’s plans, as not every club has resources like Man United.

Premier League authorities are yet to make an official announcement on their decision for the season, but pressure is continuously mounting on them to do so soon.