Eric Dier has avoided facing any criminal action, after he was pictured climbing into a football stand to confront a fan at Tottenham Hotspur’s stadium.

The extraordinary scenes took place in the beginning of March, when Spurs lost to Norwich City in the FA Cup. The Sun reported that the fan had been shouting abuse at the player, before Dier’s younger brother, Patrick, tried to intervene.

When the two men were caught up in the altercation, Dier was captured climbed over rows of seats in attempt of reaching the conflict, before stewards jumped in. 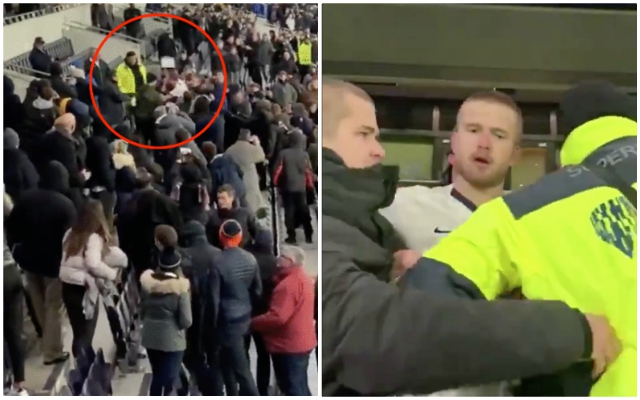 It has since been reported (via The Sun) however, that the 26-year-old will not face any criminal action for his behaviour.

Police did launch an official investigation, reviewing the events. However, they decided that no criminal act had been performed, hence there being no conviction or arrest.

The above report cites the Met in saying: “The investigation concluded with no further action.”

The Sun do report though, that the FA could take action on Dier and that they were waiting on the police to make their decision first. This potentially means that the midfielder could still face a playing ban, should they decide to take action.

READ MORE: Spurs could benefit after Chelsea winger hints at exit from the club, after contract talks break down

We are sure that Spurs just simply can’t wait to see the back end of this campaign, and start fresh next season. Jose Mourinho has not been able to deliver any silverware to his new club, with the side crashing out of both the FA Cup and Champions League.