Brazil and Paris Saint-Germain star forward Neymar has been in quarantine in his dream £7m mansion in his native Brazil, according to a report in the Sun.

The Paris Saint-Germain star flew by his private jet to his homeland along with his friends and posted pictures of himself playing beach volleyball with his mates on social media. 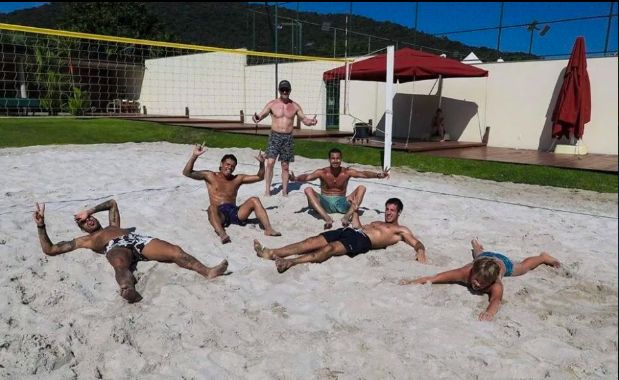 His post on social media drew widespread criticism, but Neymar insisted that he was not breaking any social distancing rules with him and his mates all in quarantine together.

They are spending time with each other in quarantine in the Brazilian star’s sprawling mansion which is located 60 miles down the coast of Rio de Janeiro.

The game of beach volleyball, that appeared to be breaking quarantine rules, wasn’t on a beach but within the confines of Neymar’s estate itself.