According to the Mirror, the agent of Liverpool target Milot Rashica has confirmed that the ace will be exploring a move to a new club once the Coronavirus pandemic hopefully passes and the season ends.

Atlin Lala, the ace’s agent, told German outlet Sport1 that ‘something will definitely happen’ with the Werder Brem ace once the Covid-19 crisis is hopefully dealt with across the world.

The Mirror add that Liverpool are amongst one of several sides, including fellow Premier League outfits Wolves and Aston Villa that are interested in the lightning-fast ace.

The report adds that the ace is contracted until 2022 and is valued at £33m, however this price-tag could drop if Bremen were to be relegated from the Bundesliga. 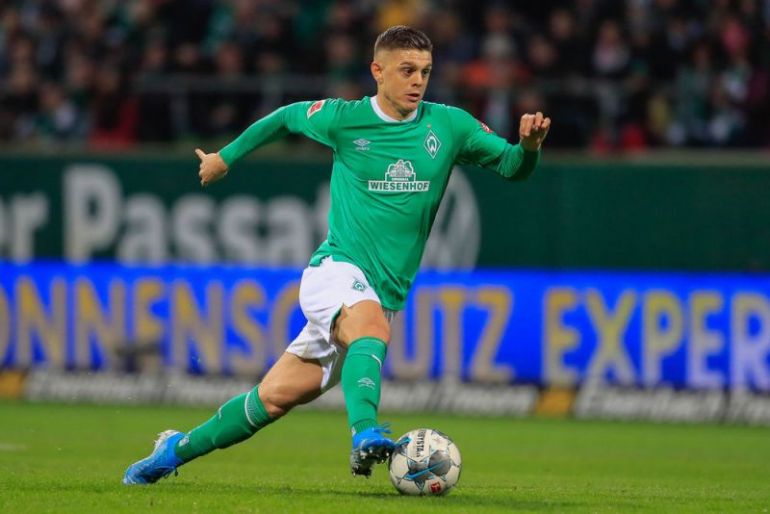 Here’s what the wide-man’s agent had to say on his future:

“Before the coronavirus crisis, we were in contact with some clubs – including those from the Bundesliga,”

“At the moment, everything is standing still. I am sure that soon, when we are back to normal, there will be movement on the topic and something will definitely happen.”

“It is clear that until the end of the season Milot will concentrate entirely on staying up with Werder Bremen.”

‘Lanzini deserves it’ – These West Ham fans are delighted by David Moyes’ starting XI against Chelsea
‘Messi was one of the best ever’ – Manchester United’s Mike Phelan lauds the Ballon d’Or winner in comparison with Cristiano Ronaldo
Photo: Leo Messi relaxes at home with his family and all 7 Ballons d’Or

Bremen are currently second-bottom of the Bundesliga, the side are eight points off safety, perhaps the club will have little chance of sticking to their £33m price tag for Rashica.

The 23-year-old has been one of few players to impress for Bremen this season, with the forward scoring 10 goals and registering five assists in 24 appearances across all competitions this term.

Rashica is exactly the kind of player that would fit into Jurgen Klopp’s fluid attacking system, most of the ace’s games have been on the wing – but Rashica has also starred in a second striker role.

The Kosovo international also has electric pace which could give Klopp a similar option if any of his superstar front-three are missing. Rashica looks like a quality attacking talent.