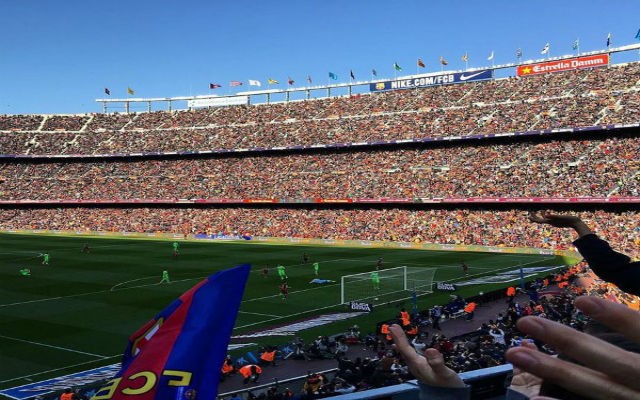 In news that is sure to delight Barcelona’s fan base, one of their former players has admitted that it would be a dream to return to the Camp Nou, and given the apparent turmoil behind the scenes at the club at the moment, the news couldn’t have been more timely.

According to an interview given to YouTuber, DJ Mario, and reported in Mundo Deportivo, Xavi Hernandez is absolutely open to taking the managerial reins at Barca at some stage in the future.

“I don’t know why people see me like this (as a coach), but I like it,” he said. “Now that I have tried myself, I see myself as capable and it is an illusion, a dream to return to Barcelona. I have already said it on many occasions, I consider Barça my home, it is my life.”

A glittering career for the Blaugrana legend was given a fitting end as the Catalans completed their second treble in a 3-1 win over Juventus in the 2015 Champions League final. One of the scorers on that day was Neymar, and Xavi believes that the Brazilian will be a real asset if he returns to the club.

“Neymar? Socceristically I have no doubts […] He was professional here and would make a difference.”

With Inter Milan’s Lautaro Martinez apparently on the market once it reopens, a big-money move potentially awaits the Argentinian, and Barcelona need to be in the queue for players of that ilk if they want to be European champions once more.

“Lautaro? I like him, who doesn’t?” Xavi continued. “He stands out well, he gives depth […] Barça does well to take an interest.”

The thought of perhaps a future Barcelona XI that includes both Neymar and Lautaro Martinez, managed by Xavi, will surely lift the enveloping gloom for many supporters.