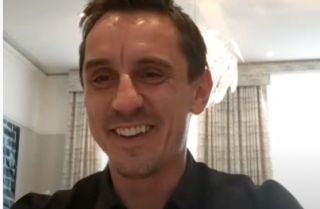 Speaking to OBI Property in the video below, the former Red Devils right-back picked out David Beckham’s lob from the halfway line against Wimbledon, and Cristiano Ronaldo’s superb header away to Roma.

However, he went for Ryan Giggs’ FA Cup semi-final winner against Arsenal as the one that still gives him “goosebumps” to this day.

The Welshman famously beat the entire Arsenal defence before slamming a powerful finish home to score one of United’s most important goals en route to the treble in 1998/99.

Many Man Utd fans would probably also pick that as their all-time favourite, but those other two are pretty special as well.