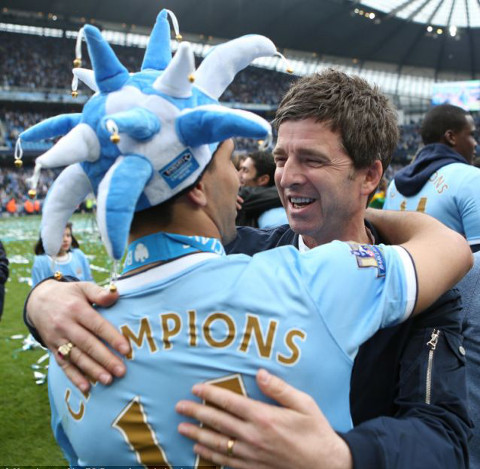 No Premier League football for the foreseeable future is unfortunate, and Noel Gallagher’s suggestion at how to end the current Premier League season isn’t likely to sit well with fans of his team, Manchester City.

The singer/songwriter has claimed that Liverpool should just be given the trophy now, given that they are currently 25 points ahead and need just two wins to confirm the title win, adding that planning should begin in earnest for the 2020/21 campaign.

“They’ve won it anyway,” he said on takSPORT and reported by the Daily Star. “They should just give it to them.

“I think they should just start planning for next season now because this is going to go on. Football is all about the fans and I don’t agree with playing games behind closed doors.

“I don’t care if there’s six games on a day, although of course it will make lockdown a bit better. But the games behind closed doors aren’t even that good to watch and people will turn up.

“[…] Liverpool have won the league, so they might as well give it to them. But the only thing to stop them doing that is relegation and promotion from the other leagues.”

Although his view will surely be seen as a sensible one by the majority of football fans, the tribal nature of supporting a club will almost certainly unearth those who strongly disagree with the former Oasis man’s point of view.

With the Reds so far out in front at the top of the Premier League, it would take an unimaginable fall from grace for anyone to get close to them.

Jurgen Klopp’s side have simply steamrollered most of their opponents in the English top flight during 2019/20, with only Watford and Manchester United taking points from them.