Inter Milan have already done quite well from taking a slightly mis-firing striker from Man United and getting him going again, so it’s understandable that they might look to go down that route again this Summer.

Romelu Lukaku wasn’t dreadful at Old Trafford, but his confidence had gone and you could see he needed a move. He’s struck up a devastating partnership with Lautaro Martinez in Milan, and that’s helped to attract some attention.

A report from Gazzetta has indicated that Barcelona are going to make a serious effort to sign Martinez this Summer, so attention has turned to his possible successor.

According to that report, one idea is to move for Anthony Martial, who you could argue is in a similar position to what Lukaku found himself in.

He still plays regularly and has some good games, but there’s a feeling he’s not the man to led the line when it matters and a move could be a good thing for him, so the link does make a lot of sense.

There’s no price tag mentioned at this point while it’s also not clear if United would be willing to sell, but there’s an argument to be made for United moving on. 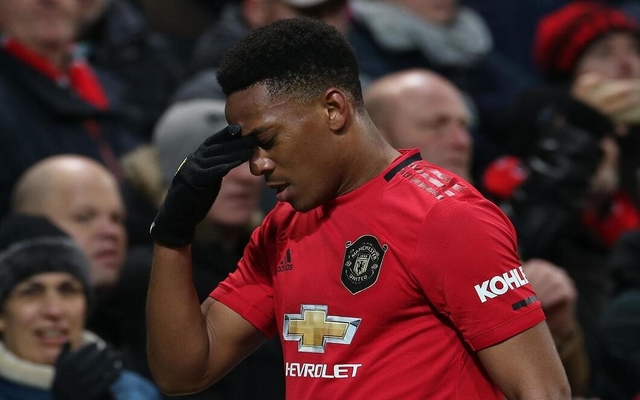 It’s not always gone well for Martial in Manchester

Martial tends to drift away from goal and doesn’t provide an obvious goal threat through the middle, so they could reinvest that money in a new striker who could provide a focal point to the attack, and that could suit the system a lot more.

At the same time you also fancy Antonio Conte to find a way to get the best out of the Frenchman, so this could work out well for everyone.