Liverpool have been paired with an interest in Inter midfielder Marcelo Brozovic this week, but it’s reported that the Nerazzurri have yet to receive any offers.

The 27-year-old has been with the Italian giants since 2016 and has continued to establish himself as a crucial figure in the side having now made 186 appearances.

In those outings, the Croatian international has scored 23 goals and provided 22 assists while his technical quality, composure and work ethic have also ensured he has been an influential figure in the middle of the pitch.

As noted by the Express earlier this week though, it had been suggested that Liverpool were in talks with Brozovic’s agent over a move to Anfield, while it was noted that he has a £52m (€60m) release clause in his current contract.

While that report suggested that the Merseyside giants were stepping up their interest in their bid to bolster their options in midfield, the latest report from Italy suggests that they have yet to make a formal approach and bid to Inter for Brozovic.

According to Calciomercato, who also specifically mention the €60m release clause, Inter haven’t yet received any official offers for their midfield star.

Further, it’s noted that sporting director Beppe Marotta will wait to see if any interested party makes an offer to satisfy that clause, and at that point a decision will be made on whether or not to improve Brozovic’s contract or to let him leave.

Time will tell if Liverpool’s reported interest develops into something more serious, but for now it doesn’t sound as though Brozovic is exactly on the verge of a move to Anfield.

Further, considering Jurgen Klopp already has Fabinho, Georginio Wijnaldum, James Milner, Naby Keita, Jordan Henderson, Alex Oxlade-Chamberlain and youngster Curtis Jones at his disposal to play in midfield, that arguably raises question marks over where Brozovic would fit into that and if he would be forced to play a lesser role at Liverpool compared to his influential spot at Inter currently. 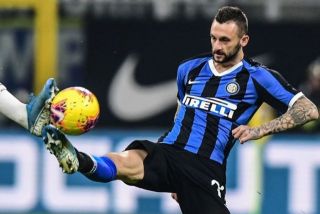