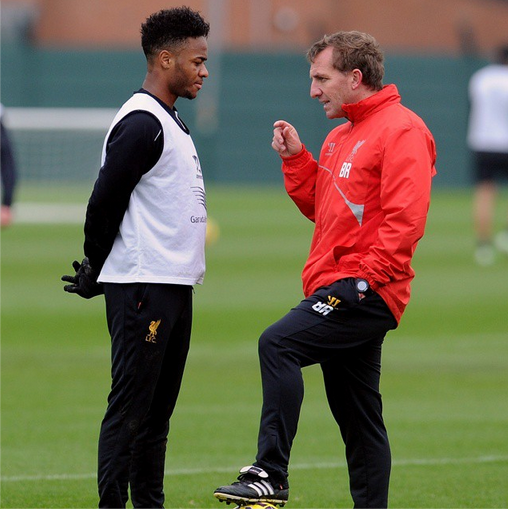 Back in 2012, a Fox documentary entitled ‘Being: Liverpool’ became infamous for the bust-up that was had between then manager, Brendan Rodgers, and 17-year-old striker, Raheem Sterling.

Rounding up his charges after training, the northern Irishman quickly took the youngster to task for what he had clearly perceived to be insubordination, a clash that can be relived in this YouTube clip:

Despite what the manager may have thought he heard, fellow Liverpool trainee at the time, Ryan McLaughlin, now at Rochdale, thinks that Rodgers had no need to single Sterling out.

“That was Brendan stamping his authority,” McLauglin told The Athletic and reported by the Daily Star. “He didn’t want any young players getting too big for their boots.

“He didn’t want us having fancy cars or designer washbags. He would always tell us: ‘Just because you’re training with Liverpool, it doesn’t mean you play for Liverpool’.

“Raheem was already a big name and everyone knew he was destined for great things. Brendan thought Raheem answered him back and didn’t want to be seen as a pushover.”

Raheem Sterling has gone on to become one of the most dangerous wingers in the Premier League, leaving the Reds for Manchester City back in 2015.

Rodgers, currently manager at Leicester City, went on to enjoy incredible success at Celtic after his Liverpool sacking, before being tempted back to England by the Foxes.

Despite its infamy, the clip does at least highlight the environment at top clubs, giving the briefest of insights as to the level of behaviour required to become successful.