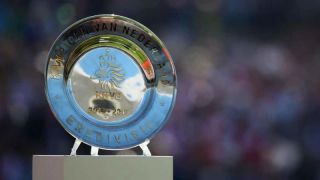 The KNVB, the Dutch football association, have effectively conceded that the current campaign is over after the government extended a ban on major public events.

Amid the ongoing threat of the coronavirus crisis and the implications it will have both financial and non-financial, it promises to cause further tragedy and disruption in the coming months.

With that in mind, the Dutch government confirmed that public events will now be prohibited until September 1, and so the KNVB have responded accordingly by issuing a statement on their stance.

“That the events requiring a permit remain prohibited until 1 September creates clarity,” the statement read. “Until then, no professional football is played, even without an audience.

“As a result, the board of professional football, which is formally about that, intends not to continue playing the 2019/20 competition. Based on the government’s decision today, the KNVB will consult with UEFA, after which the decision will be taken. On Friday, the clubs and other parties involved will meet to discuss the consequences.”

It remains to be seen if that decision is ratified by UEFA and the clubs later this week, but that effectively suggests that this Eredivisie season will be abandoned along with the lower leagues as they will seemingly not continue with efforts to play out the campaign.

Given UEFA have pushed countries to complete domestic leagues, it’s unclear if they will be willing to now give the green light to the season being ended, as ultimately this ruling from the Dutch government takes the matter out of their hands.

If the season is cancelled by Friday with all in agreement, that will then raise the next set of contentious issues over whether or not the season will be considered null and void or if things will finish as they stand.

Given Ajax are currently level on points at the top with AZ Alkmaar, that ultimately raises problems in itself immediately.

It remains to be seen what is decided, but while other countries are perhaps still holding out hope of completing their domestic seasons, Dutch prime minister, Mark Rutte, has announced their new plan as they look to avoid a second wave of the crisis by opening things back up too prematurely.

If that is followed by other governments, it could have the same impact on football in those countries…