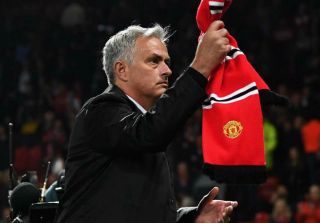 Although his time at Old Trafford didn’t end in the best way, one Manchester United striker has credited former manager, Jose Mourinho, for taking his development to the next level.

Marcus Rashford, when fit, is an almost certain starter for United, and the Special One should take some credit for that according to the player himself.

“As an all-round player I’ve improved a lot and a lot of it is down to those two years under Jose,” Rashford told the UTD Podcast, cited by the Daily Express.

“We had ups and downs. When I look back at it, it was a tough period but definitely a period that made me a better player […] He didn’t care what anyone would say to him or what anyone was saying about him. In terms of his mentality he was key to my development.”

In an apparent stroke of luck for current managerial incumbent, Ole Gunnar Solskjaer, the delay of the 2019/20 campaign because of the coronavirus pandemic should see Rashford being able to return by the time the final few fixtures need to be completed.

The striker had been ruled out with a back fracture sustained in January, and it initially appeared that he would be unlikely to play again in the current season.

Given the extended period the England hit-man has been out, he’ll likely be champing at the bit to get back on the goal trail, and that has to be good news for all connected with the team, particularly if those goals propel United into the European places.