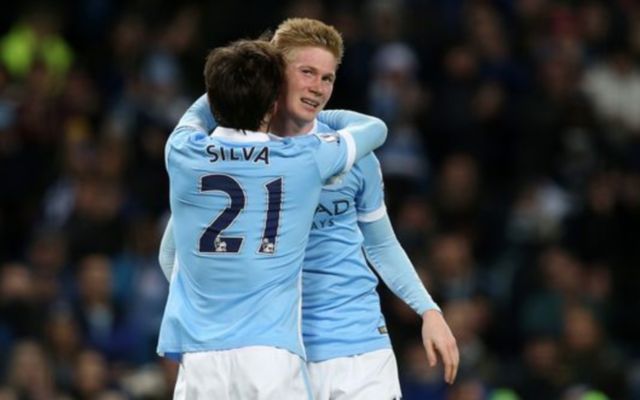 It’s always a clear sign of respect when one player offers admiration for an opponent – especially if they happen to play for their biggest rivals.

The rivalry between Man United and Man City has always felt a bit artificial due to City buying their success but lacking a huge fan base, but it’s still one that’s taken seriously in the city.

The Mirror recently reported on some comments from Man City star David Silva, as he named some of the toughest opponents he’s faced in his career.

Four Man United players made the cut, but a couple of names may come as a surprise.

Ryan Giggs and Paul Scholes seem like obvious choices, but both Gary and Phil Neville also made the cut. It’s interesting to see the two brothers get a mention but it also makes a lot of sense.

While neither player is particularly flashy, they were complete professionals and dogged defenders so it’s easy to see why attacking players might not enjoy playing against them.

He also lists Frank Lampard, Cesc Fabregas and Fernando Torres as some of the best players he’s gone up against, so that shows you the standard of player he’s ranking here.