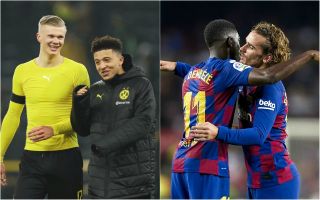 Manchester United seem to be targeting so many players they’ve forgotten who they’ve offered what!

It’s well known by now that the Red Devils have some big transfers in mind for the near future, with Jadon Sancho widely reported for some time to be their priority target.

The Borussia Dortmund star has impressed hugely in his time in the Bundesliga, and it would be exciting to see him back in England.

Man Utd need a signing like him, and so it’s little surprise they seem willing to do whatever it takes to lure him to Old Trafford, including offering him the iconic number 7 shirt.

Ole Gunnar Solskjaer may not be finished there, however, with big names like Harry Kane, Ousmane Dembele and Joao Felix also all linked with the club in recent times.

Another name that’s come up is Barcelona’s Antoine Griezmann, and in what could be a pretty embarrassing transfer blunder, it seems United have offered him the number 7 shirt too! 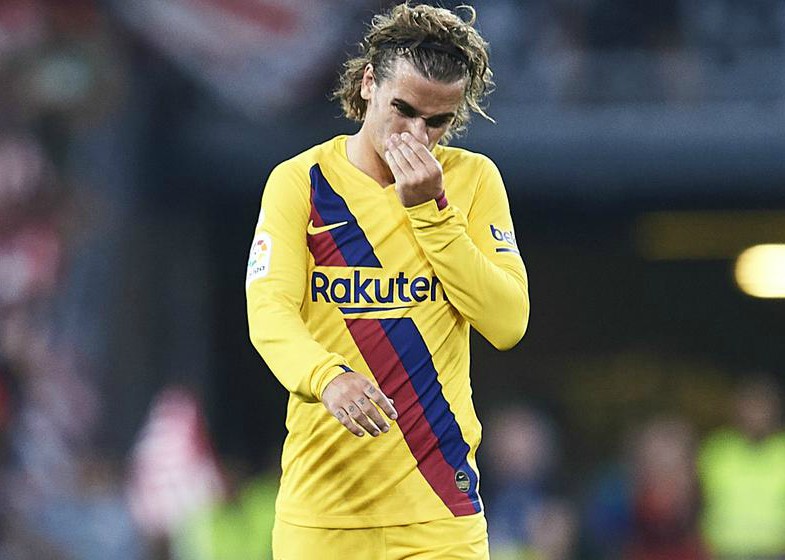 …and so has Antoine Griezmann

The Sancho transfer links seem stronger, so it may be that they’re more likely to just go ahead with that signing and that Griezmann is being lined up as a backup.

Still, the pair do play different positions, so it might be that MUFC want Sancho to play out wide and Griezmann at centre-forward, in which case things might get a bit awkward…

Who has first dibs on the number 7 shirt? What if neither player is prepared to give it up? Could one or both deals fall through?

It will be interesting to see how this develops, but if these reports are accurate, it’s a bizarre lack of planning again from United…