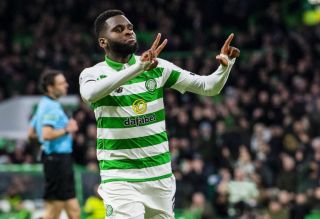 Arsenal’s potential pursuit of Celtic striker, Odsonne Edouard, could prove fruitful if the opinion of one ex-professional turns out to be accurate.

Metro had previously reported a story in Le10 Sport which claimed that Mikel Arteta was looking at the Hoops hit-man as the replacement for Pierre-Emerick Aubameyang, with Celtic valuing the striker at £35m.

“It is a lot of money for Celtic,” Whelan told Football Insider. “But, if they sell Edouard for big money then there is an opportunity to get the goalkeeper (Fraser Forster) and another striker.

“Their scouting network is going to have to get straight to work but they have always been good with their recruitment.”

Since joining Celtic, Edouard has proved pivotal to their chances of continuing to win trophies, and the Daily Express report that this season the striker has scored 27 goals and given 27 assists in 45 appearances in all competitions.

His ruthlessness in front of goal could be sorely missed, but if Celtic’s scouts do indeed get to work quickly, the opportunity to buy a replacement and keep Forster in situ is there.