Former Liverpool star Jamie Carragher has named his ultimate XI comprising of players he’s played with at Anfield, as reported by the Mirror.

Carragher made 737 appearances for Liverpool during his career at Anfield spanning 17 years before retiring from football.

The former defender has now named his ultimate XI which consists of players he played with under both Gerard Houllier and Rafa Benitez.

The conditions of this XI were to include players who have spent the most appearances alongside Carragher playing in a Liverpool shirt without necessarily including himself.

As seen in the image below, Carragher picked a strong XI of his former teammates who according to him are the best players he’s played with during his tenure at Liverpool… 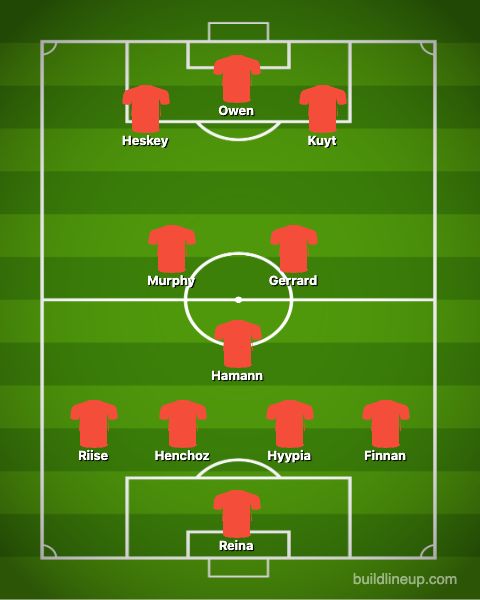 It certainly is a strong XI picked by Carragher and one Liverpool fans will surely agree with.