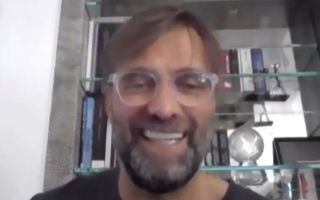 Liverpool manager Jurgen Klopp has admitted he made Georginio Wijnaldum “really angry” by dropping him to the bench before his heroics against Barcelona in last season’s Champions League semi-final.

Watch the video below as Klopp talks to Sky Sports about how he deals with squad rotation and the problems that can bring over the course of the season.

"In the #UCL semi-final last season, I found out that Gini Wijnaldum was really angry that he didn't start!" ?

In general, Klopp finds that it’s not a big problem for him, but he did say that he later found out about Wijnaldum being majorly angered at not starting the second leg of that big win over Barca at Anfield.

The Dutchman came off the bench to score twice in the second half, so perhaps that anger ended up inspiring him to make an impact in the end!