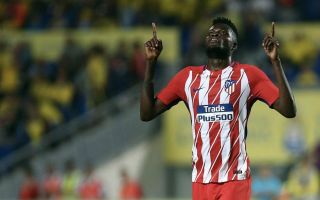 It might be a bad look for clubs to be asking players to take a pay cut at the same time as spending big money on transfers, but that seems to be the case at Arsenal.

The Daily Express reported earlier on the drama with Mesut Ozil and Arsenal trying to agree terms on a pay cut, but they also released a separate report detailing the latest in their chase to sign Thomas Partey.

They indicate that Arsenal are interested in a move for the Atletico Madrid midfielder who reportedly has a release clause of £43m, and it sounds like talks have taken place.

They quoted the player’s father with some comments he made to a radio station, and it sounds like a move could be close:

“He told me they are holding talks between him and Arsenal. It all depends on the offer Atletico are demanding. If he goes to Arsenal fine, they have a lot supporters in Ghana. I will be happy if he decides to move to Arsenal.”

“What they are discussing now is how Atletico will release him.”

He could be a promising signing if it goes through, he would provide some athleticism and work rate to a midfield that can be weak at times, and that should give the team a platform to build on.

It still seems unlikely that the club would announce this with everything else going on, but it sounds like an agreement could be close.