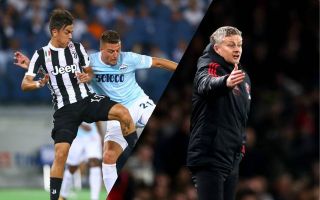 Manchester United have reportedly been handed a boost as it looks like Lazio could be forced to sell star midfielder Sergej Milinkovic-Savic on the cheap.

The Serbia international has been a star performer for Lazio in recent times, and Foot Mercato recently claimed United had made an approach over a potential £96million deal.

Now, however, Don Balon suggest Milinkovic-Savic could be sold for a much lower price of around £61m as Lazio face cashing in on their stars due to the inevitable financial troubles brought on by the coronavirus pandemic.

Man Utd will no doubt hope this means they can pounce for this big opportunity, as Milinkovic-Savic looks a player who could be ideal for their needs in midfield.

Don Balon also link the 25-year-old with Real Madrid, and that could be an issue for United – if Lazio lower their demands for such a top talent, other clubs are bound to be put on alert too.

The Red Devils recently signed Bruno Fernandes and he’s started very brightly at Old Trafford, so it remains to be seen if a similar style of player like Milinkovic-Savic needs to be a priority for them anyway.