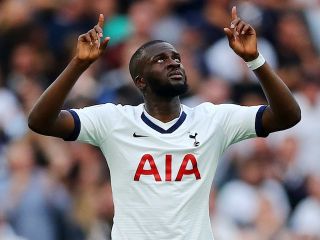 Though it’s likely to be some while before the summer transfer window opens again for business thanks to the ongoing coronavirus epidemic, Tottenhan Hotspur manager, Jose Mourinho, appears to be doing the groundwork for a sensational swoop for a current Barcelona star.

According to Mundo Deportivo, the north Londoners have made it known in the corridors of power at the Camp Nou that they want to secure Barca’s midfield talent, Arthur Melo.

The Daily Express also report that the Portuguese could well offer White Hart Lane misfit, Tanguy Ndombele, as part of any potential deal.

Since joining Tottenham Ndombele has underwhelmed to such an extent that he’s received fierce criticism from Mourinho, the Daily Express suggesting that the same has much to do with a lack of commitment from the £65m record signing.

The outlet also go on to suggest that Lionel Messi is one of only three players guaranteed to be at Barcelona next season, meaning that it’s entirely possible if the right offer comes in for Arthur, he could be swapping Catalonia for the English capital.

It’s understandable why Mourinho would be interested in the 23-year-old Brazilian too. His control of the ball and dominance in possession would help Spurs to retain control of that area of the pitch, and with years ahead of him until he reaches his peak, there’s no ceiling on how good he will become.