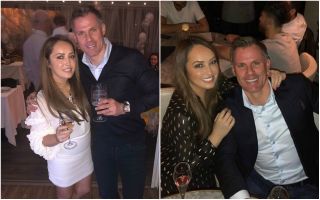 Jamie Carragher has revealed in his latest column for the Telegraph (subscription required) that his wife Nicola has tested positive for the Coronavirus.

The Liverpool legend also revealed that his Aunt also contracted Covid-19 last week, but that she is now ‘recovering’.

Carragher, who has established himself as one of the best football pundits since hanging up his boots, used his column to reiterate that football’s prospective return ‘must be conditional’.

Speculation has run rife over the last month regarding how the season will be finished, but all of this should be seen as unimportant whilst the entire world deals with a pandemic.

The former England international also called on the Premier League and Football League to follow UEFA’s example by determining the season based on ‘sporting merit’.

Carragher put things into perspective with his latest column:

“Like everyone else, I believe football’s return must be conditional.”

“Nobody needs to tell me that the health of those closest to us matters most. My wife, Nicola, has tested positive for Covid-19. My aunt was in hospital with Covid-19 last week and is recovering.”

“So while I am eager for the games to return, it goes without saying that nobody wants decisions taken for the wrong reasons, at the wrong time, contrary to government and scientific advice.”

“But where football is concerned, I also firmly believe this: although the safety of players, fans, staff and the broader public is top of the agenda in the decision-making process, sporting integrity must be second.”

The no-nonsense centre-back also claimed that it’s ‘no coincidence’ that the executives and managers of clubs facing relegation are those that are keen on the current season being voided.

One part of Carragher’s column that people should really focus on is this statement: “No club should benefit from failure, and no club should be punished because they are on the brink of success.”

The Sky Sports pundit couldn’t have put things much better, it’s absolutely essential that the relevant governing bodies deal with matters such as possibly ending the season early in the fairest way possible.

We’d like to send our best wishes to Jamie, Nicola and the entire Carragher family at this time.