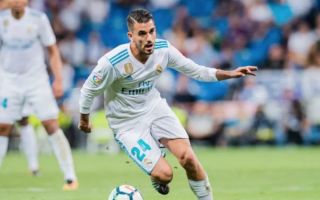 If there’s one golden rule when it comes to playing for Real Madrid, it’s definitely don’t go out of your way to heap praise on anything associated with Barcelona.

Admittedly Dani Ceballos is out on loan at Arsenal just now, but there’s little sign of that move being made permanent. That means he will be returning to The Bernabeu as things stand, and this report from Football Espana makes you wonder what kind of reception he’ll get.

The look at some of his quotes reported by Mundo Deportivo, and they’re certainly eye catching:

“I haven’t had the fortune to be coached by him. The philosophy of Setien seems spectacular to me, and it seems to me that right now he’s at a club where he can win with those ideas.”

READ MORE: Man United transfer news: Boost as Barca drop out of race for £130m target, offer made for Pogba

They go on to suggest that it sounds like he’s lightly flirting with Barca in an attempt to the the groundwork for a potential future move, but it’s very hard to see a deal ever being done.

It’s not even like Setien is a former manager who he’s just showing some appreciation for, so you have to imagine it will not be well received in Madrid.

Luis Figo was the last high profile player to move between the two and that ended well – apart from the constant abuse and pig’s head being thrown at him – so it would be fascinating to see if a transfer could happen.