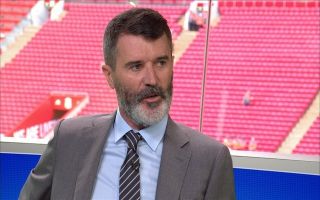 Speaking on a Sky Sports group chat video along with Gary Neville and Jamie Carragher, former United captain Roy Keane was asked by Neville to pick one player who he played with who could add value to Ole Gunnar Solskjaer’s current squad.

As seen in the video below, after a bit of deliberation, Keane named Scholes as the player who according to him could add most value to the current Manchester United squad.

Which ONE player from his Manchester United era would Roy Keane like to see in the current Red Devils side…?

Despite stuttering in the first half of the season, United were on an eleven match unbeaten run before Premier League football was suspended due to the coronavirus. The club will now look to qualify for the Champions League when football resumes.