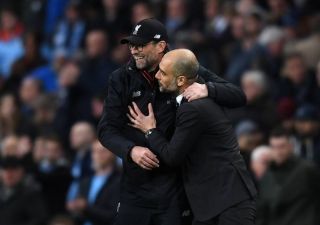 Once the summer transfer window opens again for business, Liverpool and Manchester City will surely want to be in the box seat and ready to sign their targets quickly.

Jurgen Klopp and Pep Guardiola have seemingly been offered some hope that they could secure a highly-rated striker, after the player’s recent words indicated that the either were a potential new home for his services.

“At this time in professional soccer there are two different variations,” the Daily Star report Timo Werner saying in March, prior to RB Leipzig’s Champions League game against Tottenham. “The first is to be part of a team like Liverpool or Manchester City. They have a good working team. The teams have also great coaches.

“But this is the question: do you want to go to that kind of team, because the situation is already that hard for each member and you want to be a part of it? That’s one point you have to look at.

“The other side are teams which need some big changes, because they just won a few big titles, but they are not able to compete on the highest level anymore. For me Manchester United is one of these teams.”

With the Daily Express reporting that Werner has a low buyout clause of £50m, that’s well within reach of both clubs, and whomever is willing to stump up the cash quickly enough will certainly have stolen a march on the other.

It’s clear why the 24-year-old German front man would be of interest to either English club, or any other for that matter. In just 21 games this season, he has scored 25 goals and provided seven assists, per Transfermarkt.

His high-energy pressing game is ideal for the Premier League, and the opportunity to test himself against some of the best defences in Europe will surely appeal to him.